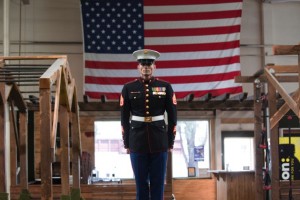 Being a Marine, and having lost brothers during combat – as well as after they come home from combat – this day is special to me.

Innovative Results – The Orange County Fitness Playground – is taking Memorial Day off to pay homage and give thanks to the men and women that gave their lives so that we might enjoy our freedoms.

In this World, nothing is free, and that is especially true of our freedom here in The United States of America. 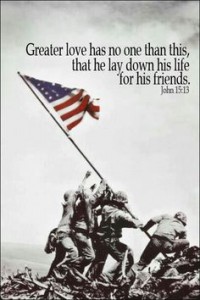 From the Revolutionary War to the Global War on Terrorism, we have had men and women that answered a call from Our Nation and an inner call, putting them face-to-face with all of the horror and calamities of battle.

I hope you are able to take a moment this awesome Memorial Day weekend and reflect on who these men and women were, and what they did in their sacrifice.

Here is a great Memorial Day Tribute video by Champion Forest Baptist Church showed incredibly moving video and stills to go along with a powerful speech given by former President Ronald Reagan at The Vietnam Memorial in 1985. Check out this Memorial Day Tribute.

Those of us at Innovative Results will be taking a moment this Monday to reflect on the greatness and courage it took to sacrifice for something greater than oneself.

Thinking about the families of the military men and women that have died to protect our freedoms, I wanted to take a moment to help the families and military/veterans that are hurting and need help.

In honor of those that have fallen, and to prevent military and veterans from the rampant deaths and suicides that happen after combat, take a moment to watch this awareness video to take part in another kind of Memorial Day tribute.

If you want to leave an impression on the lives of those men and women who put their life on the line, and for the families that stand with them in their indelible role as our nation’s protectors, check out Care Possible, donate, and share this article. http://carepossible.org/military-families/