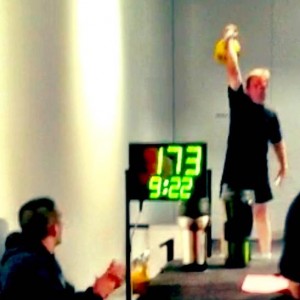 From David, a Long Time Innovative Results Client and Friend:
Three things I learned from the competition:
1.  Have a plan and stick to it.
It sounds obvious… but it’s never been obvious to me.
Whenever I’ve run a 10k or played in a soccer game or whatever, I’ve tended to “wing it”. Sticking with the 9 reps every 30 seconds allowed me to last the entire 10 minutes and do well.
2.  Consistency and dedication pay off.
Again, obvious.
But true.
3.  For me the biggest victory has been overcoming my left shoulder injury.
My torn anterior deltoid has given me problems for over 2 years.
It’s taken a LOT of band work, stretching, rehab, and dedication to get past it.
Being able to do 5 solid minutes of 16kg kettle on my left arm was huge for me and has given me a lot of confidence. 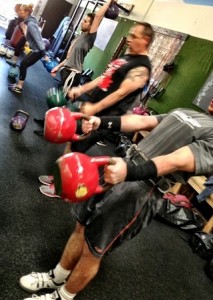 Dave’s Story From the Coaches Viewpoint
When David came to me with a shoulder injury, I trained him for a while, and then he became interested in some kettlebell movements.
I will be honest, I was probably more apprehensive than he was about the potential strain to his recently torn shoulder.
He could hardly crawl, let alone lift a heavy kettlebell above his head.
I spent a lot of time coaching proper recovery, and allowing him to take small baby steps toward kettlebell work.
The day he could crawl backward pain free was a HUGE milestone for me to see.
Although he probably thought the inability to crawl backwards was just a hindrance, I knew he was leaps and bounds toward an overhead kettlebell lift.
We started small and arduously with single and double kettlebell lifts, and the large technicality of the lifts can be sort of awkward at first. 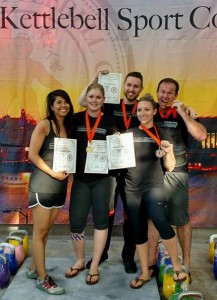 Through good recovery techniques with dynamic warm-ups, mobility drills, SMR, and decent nutrition, Dave was able to get a 12 kg kettlebell over his head for a few minutes.
I remember he once told me, “I didn’t think I would ever be able to snatch heavy kettlebells, ever!”
Instead of concurring or disagreeing, I let good calculations and progressions take their proper place in his programming.
Before we knew it, Dave was snatching the 16 kg bells.
It wasn’t long after that he competed.
His first competition, February 2013, was a tough one.
He cut weight for the first time, and I found out Dave has a very grumpy edgy side (don’t we all when we are carb depleted and dehydrated).
He was also in his head way too much, but I was proud of him for stepping out on the platform, trying with the best of them.

He had a good first time showing of 71 reps in ten minutes (it probably didn’t help that his brand new girlfriend, Joanna was watching…talk about nerves!).
Through proper training, diligence, and programming Dave was able to step on the platform in August of 2013, he completed 172 reps in ten minutes during a training set–a 101 increase from his last competition. 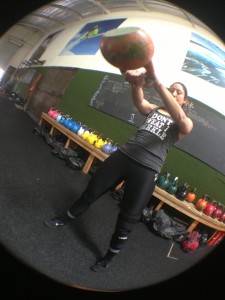 Dave’s mind was focused, and whenever it wandered to hopes of hitting this number per minute, or this total number, I kindly reminded him to stick to the plan (there may have been a few times where it was more of a yell or a scold, but what do you expect when Dave gets paid to analyze a million different outcomes–he’s a statistician, literally has a doctorate in math).
Needless to say he blew the competition and his personal record (PR) away!!
With 186 reps in snatch, Dave stuck to the plan, overcame a debilitating injury, and bested his PR two weeks prior by 14 reps!
The greatest victory to me is his ability to stay with something, even when it seems hopeless at first. 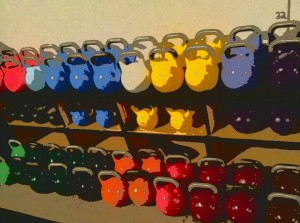 I am so proud of his diligence, consistency, loyalty, and hard work!
All of the kettlebell performances are emotional when you spend a ton of time training for it, and it is always nice when the emotion is excitement, happiness, and transformational!
Thank you, Dave, and I look forward to your continued success!!
If you liked, “3 things I learned from Kettlebell Competition” please leave a comment, and share this article with your friends, family, and coworkers.
If you would like to lift kettlebells at The Orange County Fitness Playground, fill out the form below.